A prototype Tiny House, presented in Emmen, is completely built from bio-composites, which are produced from agricultural products, residual flows and recycled materials. ‘There are still some nails and screws in it, but otherwise the Tiny House is completely agro-based,’ says Daan van Rooijen, Associate Lector Bio composites at NHL Stenden college. As a new technique, sandwich panels insulated with bio-PUR were used in the Tiny House. Also frame profiles with paper and constructive profiles with 70% natural fibers and a fire-resistant resin.

Daan van Rooijen promotes the possibilities of agro-based construction: ‘This Tiny House should provide inspiration to the Dutch construction industry and offer an alternative to timber construction, which offers Dutch farmers the opportunity to supply raw materials for the construction industry and decrease felling of trees, mainly abroad.’ Daan explains that you first have to design the composites: ‘But as soon as you know how the construction works, you can also determine how you should place the fibers for optimal strength or flexibility and use the power of composite fibres. Nature does exactly the same, just think of the fibers in a tree or a bone.’ 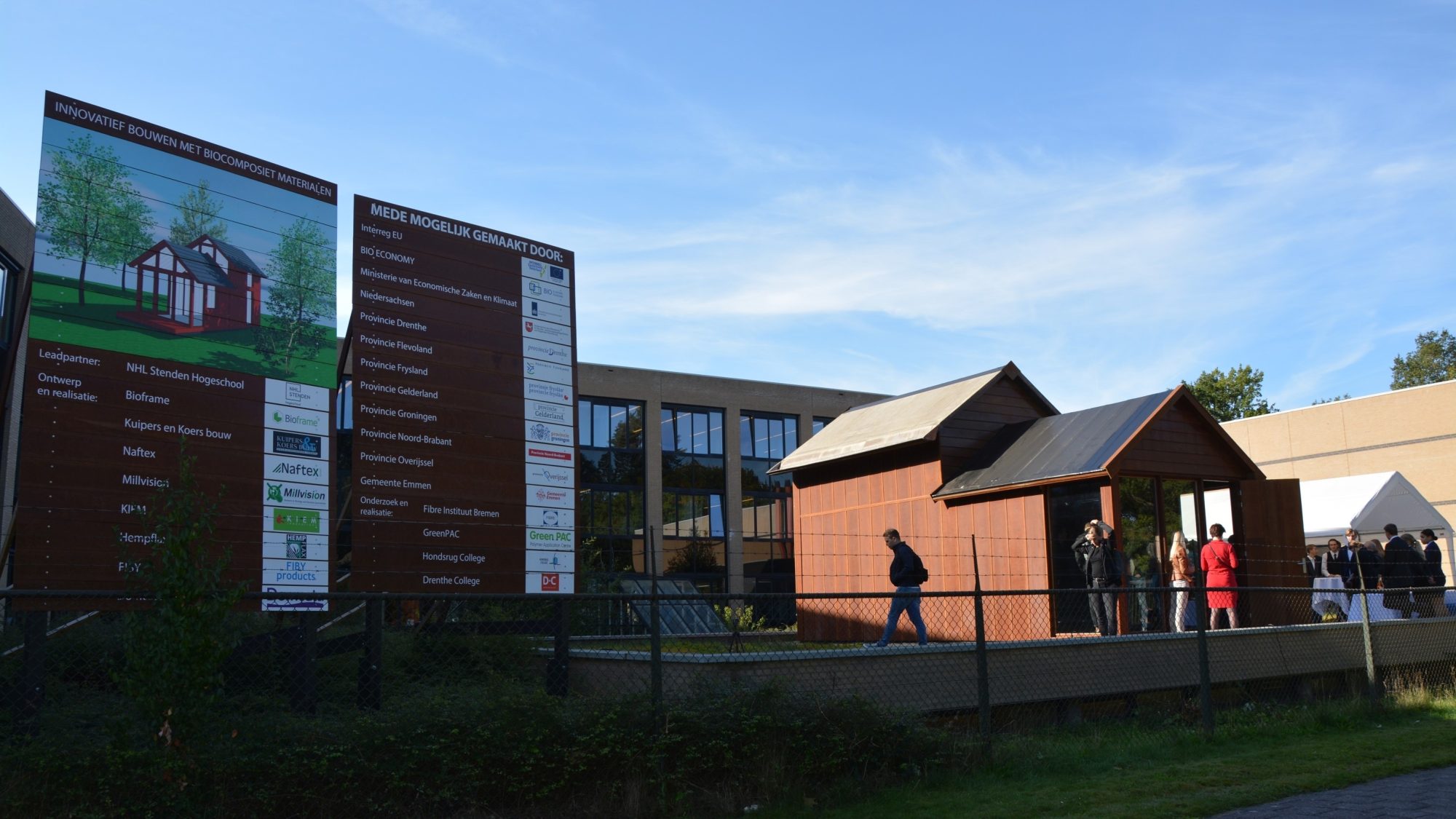 The largest building component used is a one-piece roof panel: ‘It is a typical example of what you can do with composite to integrate multiple functions,’ says researcher Rik Brouwer of the open innovation center Green PAC, a collaboration between NHL Stenden and Windesheim. ‘We used a new technique called vacuum injection. You place all materials on a sheet of foam, wrap it with foil, create a vacuum and then let the resin flow in. For example, we make a sandwich panel that contains the complete roof construction, thermal insulation and gutter profiles in one go.’ 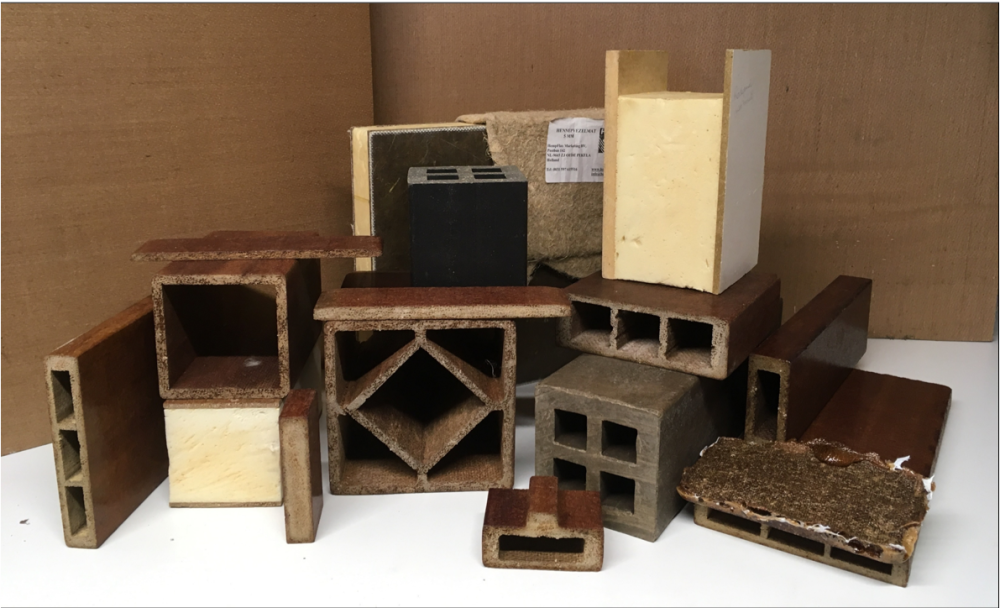 Paper also plays a special role as a building material. For example, recycled paper is used as insulation in the sandwich panels. And frame profiles which consist of paper in combination with bio-resin have been developed. In addition, paper acts as a skin plate for the sandwich panels. The result is a panel that is suitable for indoor use.

The techniques developed for the Tiny House are all intended for mass production in residential construction. That was also one of the starting points of the Interreg VA Biobased Housing project of the Ems-Dollard Region (EDR), financed by the European Union, of which the realization of the Tiny House is the culmination. 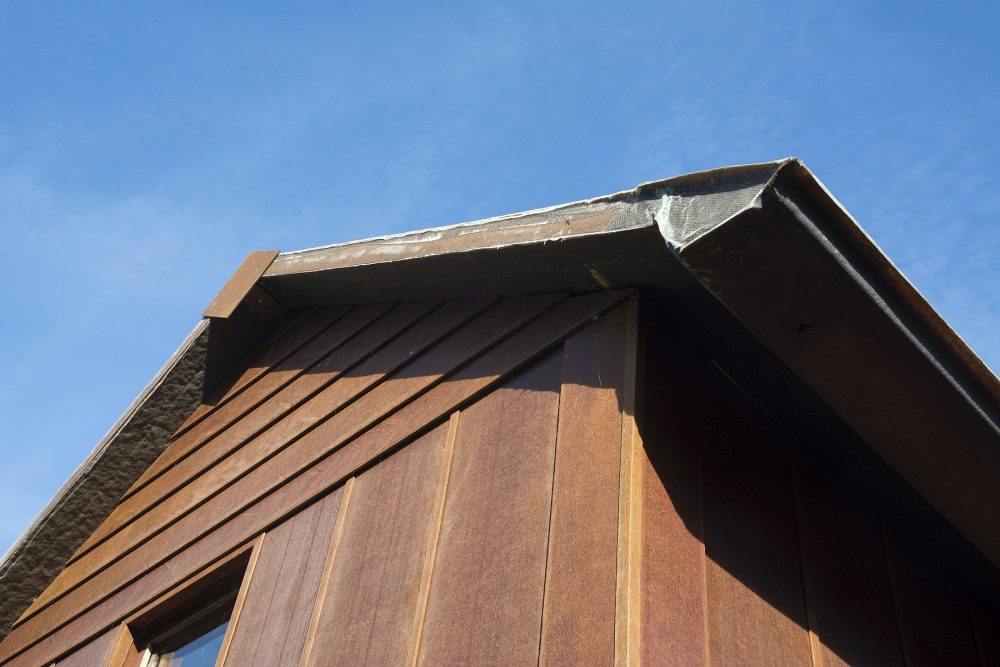 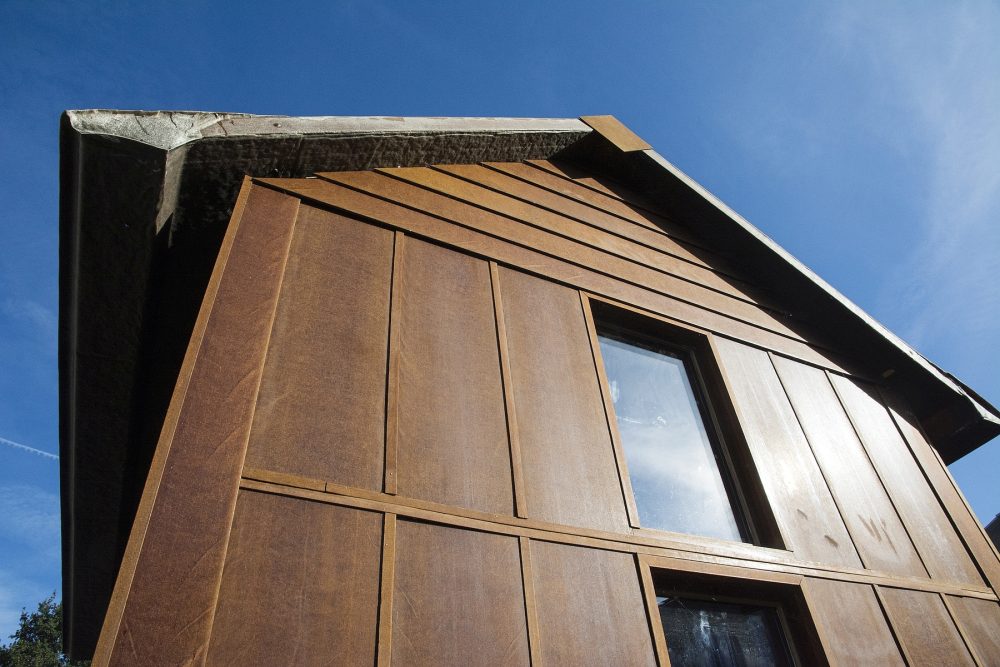 The construction of the Tiny House was the conclusion of the Biobased Housing project, part of the overarching EDR program ‘Bio-economy in the Non-Food sector’. A total of 7.7 million euros was invested in various small and larger projects in which biobased materials have been developed that contribute to a sustainable economy and climate protection.

About 70 companies and knowledge institutions were involved. The project was supported within the framework of the INTERREG VA program Deutschland-Nederland with resources from the European Regional Development Fund (ERDF) and co-financed by the Ministry of Economic Affairs and Climate, the provinces of Drenthe, Flevoland, Fryslân, Gelderland, Groningen, North Brabant and Overijssel and by the Niedersächsisches Ministerium für Bundes- und Europaangelegenheiten und Regionale Entwicklung. 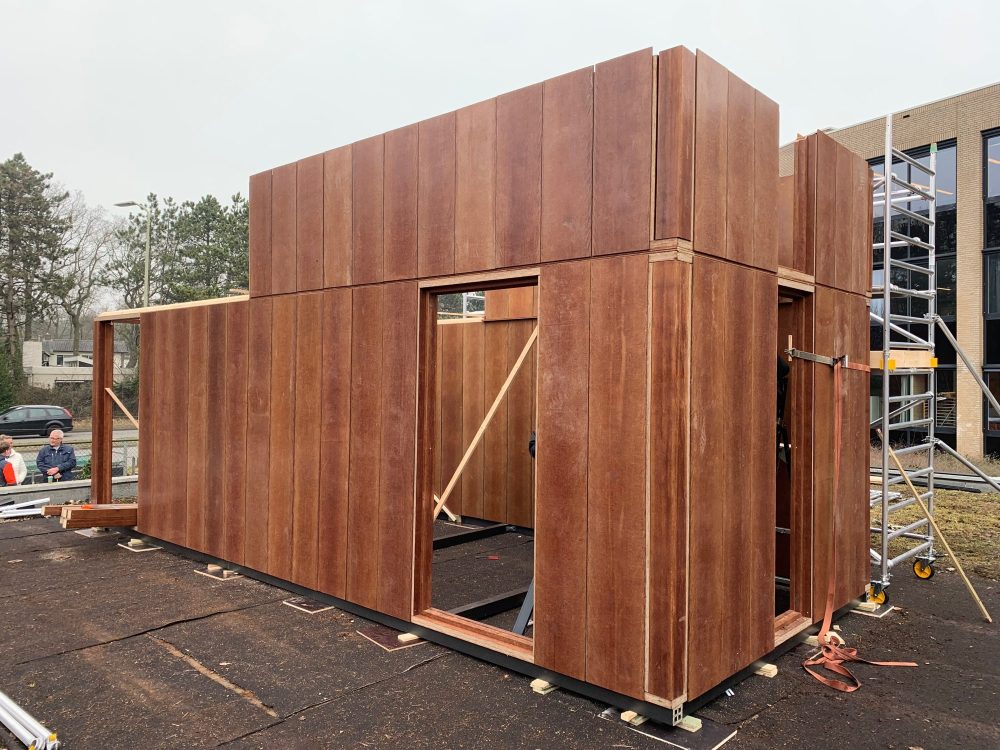 ‘What you see here is not the end, but the beginning of new innovation’, underlines Karel Groen, director of the Ems-Dollard Region: ‘We are located here in the largest German-Dutch border region, but it is also a sparsely populated area with few large cities. We hope that more and more companies and knowledge institutions will join forces and collaborate across borders in projects such as these, and that we will enthuse more and more people, like an oil slick, for the opportunities that exist in this border region, so that we can really be a growth region.’

Many thanks to Karin Eden, Pierre Gielen, Henk Loves and Daan van Rooijen for the images in this article. 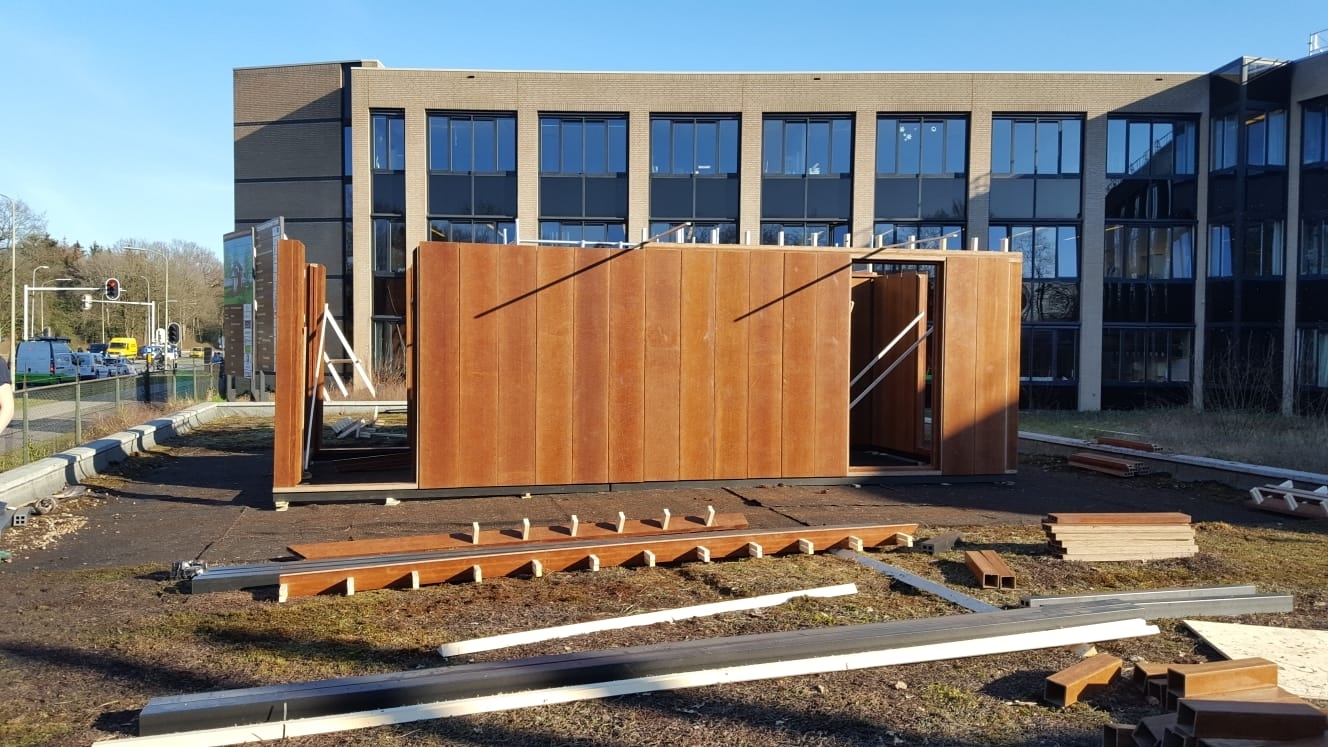 Construction of the Tiny House involved partners on both sides of the border: