Westpark in Groningen is not just a park, but the home of twenty-four Tiny Houses and their residents. Other green citizens’ initiatives are also finding a place where they can flourish. It is a wonderful example of bottom-up area development that adds great ecological and social value to the city. 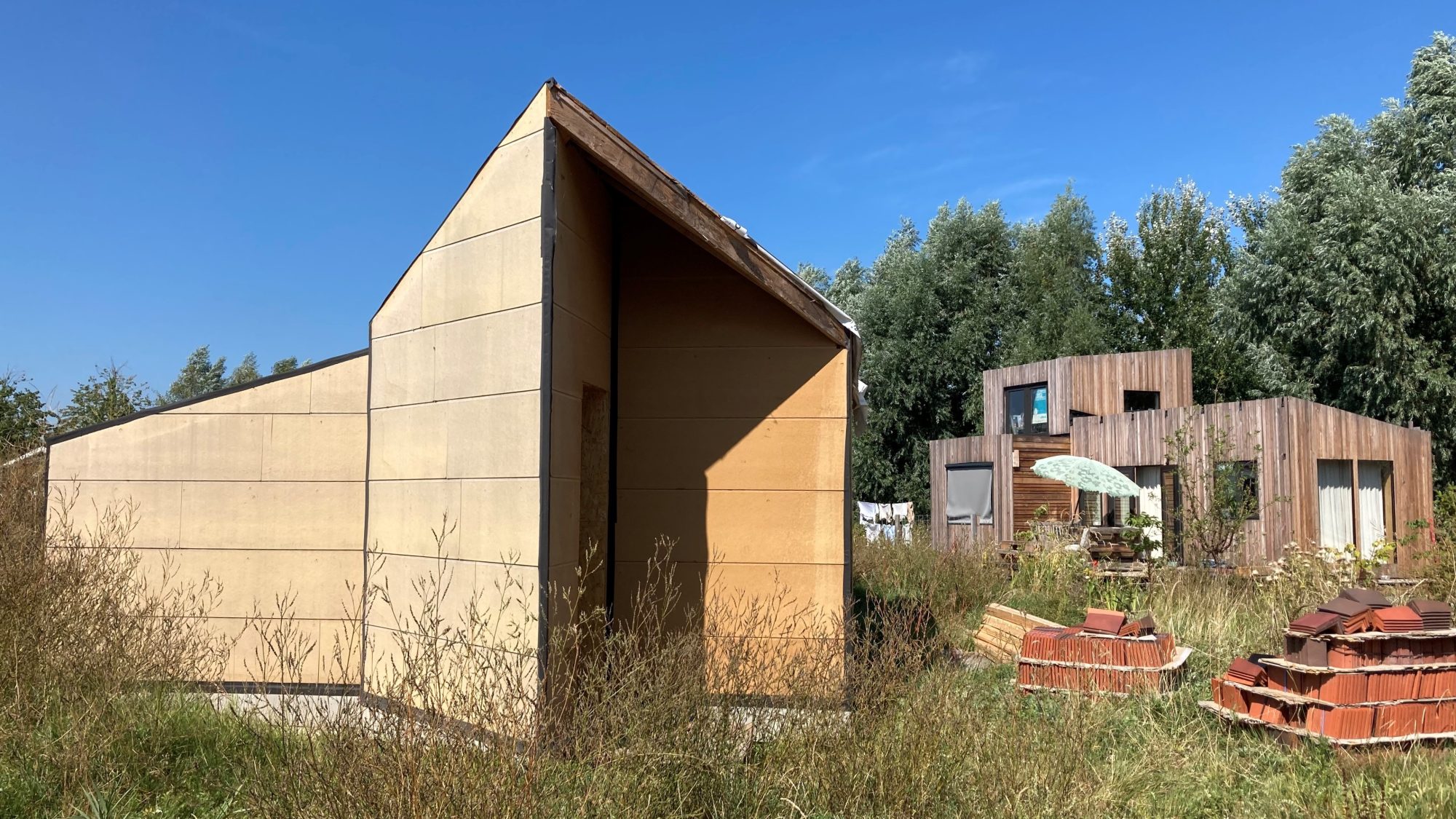 Green and social has great attraction

What started in 2017 with a unanimously passed motion in the Groningen city council to facilitate Tiny Houses, is now blossoming in Westpark. An initiative group of passionate Tiny House enthusiasts has joined forces and started to shape their fervently desired Tiny House neighborhood in collaboration with the municipality.

In addition to the Tiny Houses, you will now find even more beautiful green initiatives. Tuin in de stad (Garden in the city) was already established here, even before the first Tiny Houses were rolled into the park. You will find PlukN’s food forest, the scouting club, school gardens and the water ski club. This year there will also be a regenerative self-harvest garden, called De blije bodem (the happy soil), where people can come and harvest their own fruit and vegetables at an affordable price. Green and social seems to attract even more green and social. The entire Westpark is buzzing with it. 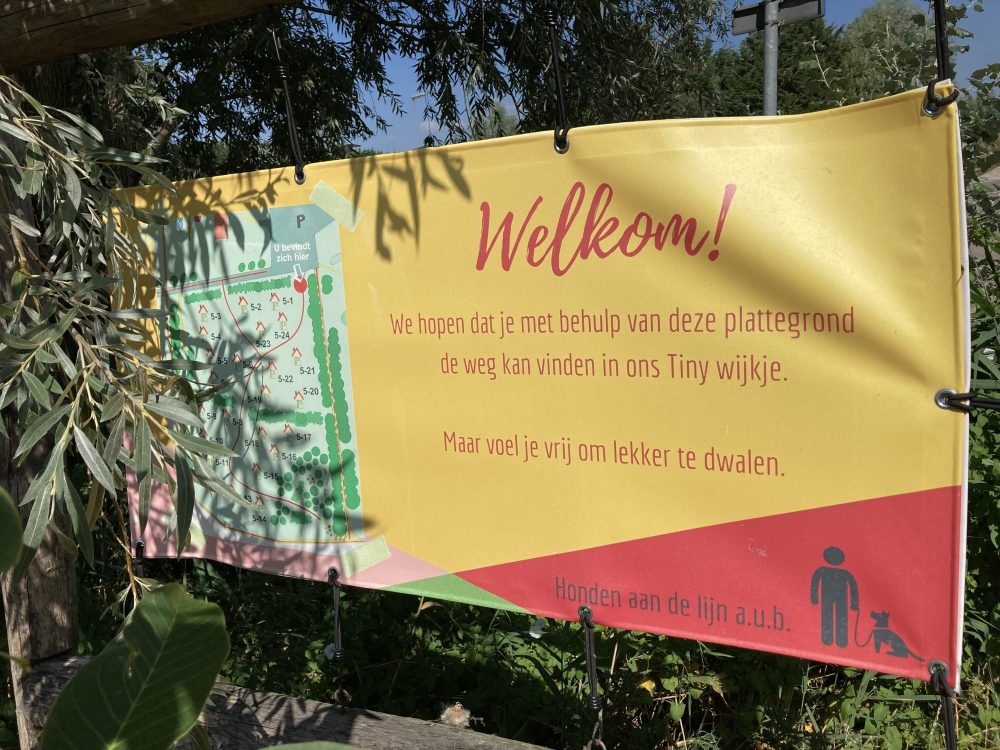 One of the initiators of Tiny Houses Westpark is Ineke Kouwenhoven. She shows us around the site and talks about the project with enthusiasm. It has now been six years since Ineke came into contact with Martijn Glas of GroenLinks Groningen at a meeting in Leek, and heard about the city’s plans to start a Tiny House project. The motion for this was submitted by GroenLinks in collaboration with the Party for the Animals, and was adopted by the entire council. So you see, even though there is broad support for a Tiny House project in the city council, there is often still a long way to go before there finally are Tiny Houses to be lived in. But in Groningen, patience was rewarded. 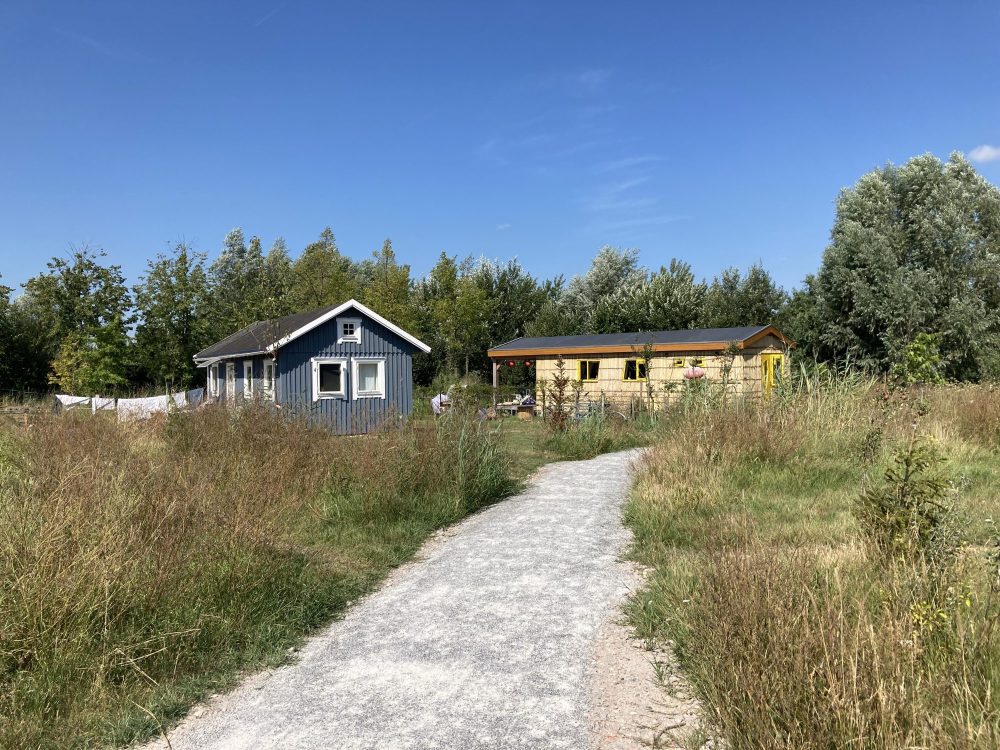 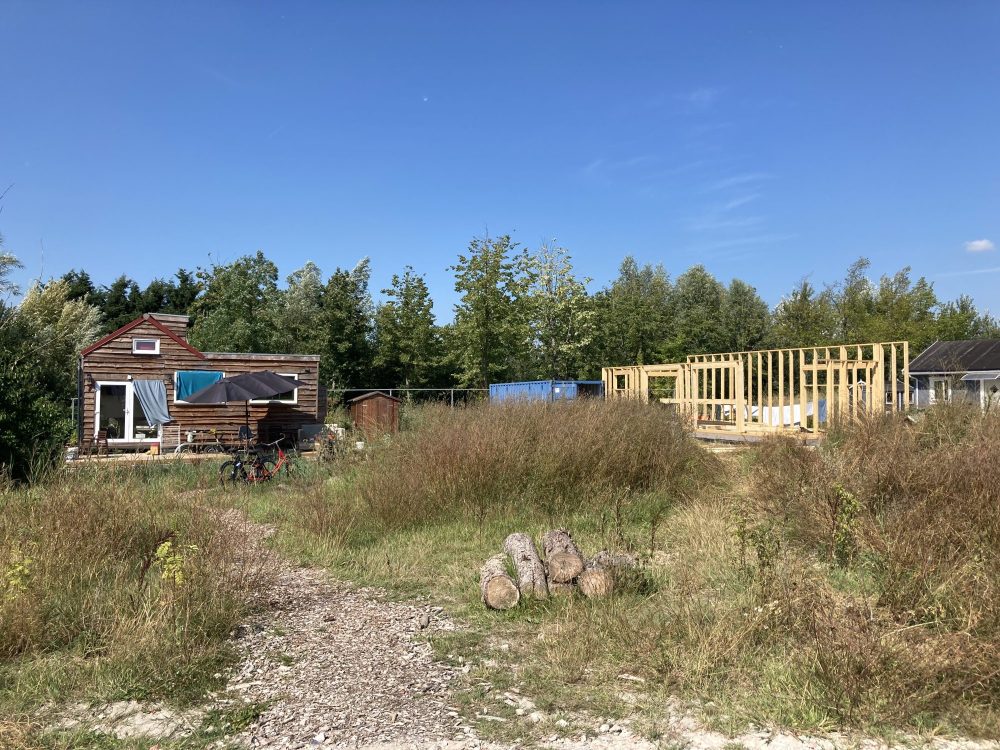 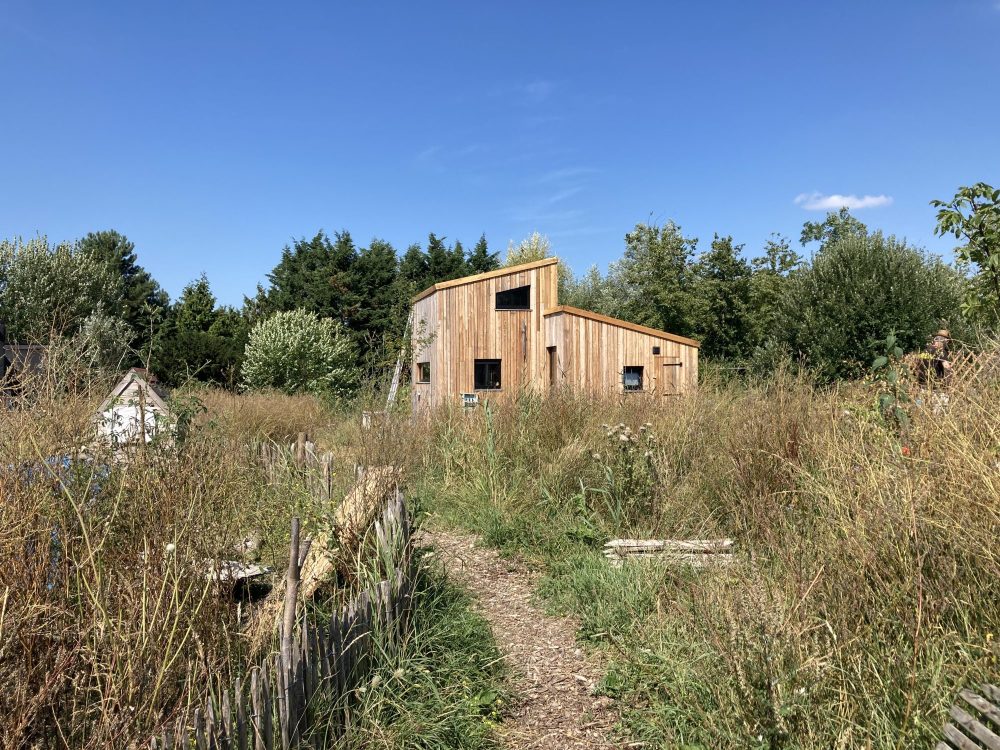 A place to call home for ten years

The construction of her own Tiny House started in July last year and since January she finally she can live the way she really want to. After moving twelve times, that’s a relief, she won’t have to leave here for the next few years. The municipality has granted an environmental permit for ten years, the lease was signed last year. Neighbors helped Ineke insulate her house, which she bought as a kit. There is a lot of willingness to help each other at the Westpark. 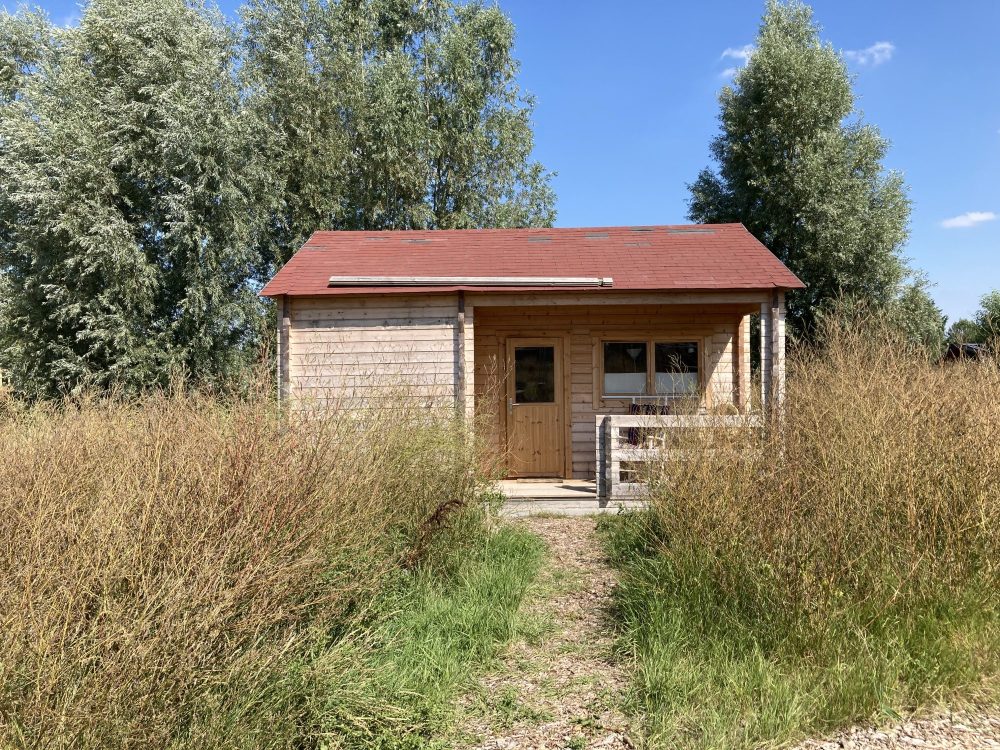 The Tiny Houses are connected to all utilities and sewerage. The costs were for the residents group who themselves contributed to the construction.

Ineke is one of the board members of the Tiny Houses Westpark association. The association carried out the recruitment and selection of the residents and now that almost all Tiny Houses have arrived, there is time to focus on other matters. Such as the social happenings in the brand new neighborhood. There are ‘VrijMiBos’ (Friday afternoon drinks) and work on shared spaces is done together. For example, a community center is being built, partly from residual material from a building that has been declared uninhabitable elsewhere in the province. Now that is circular construction. 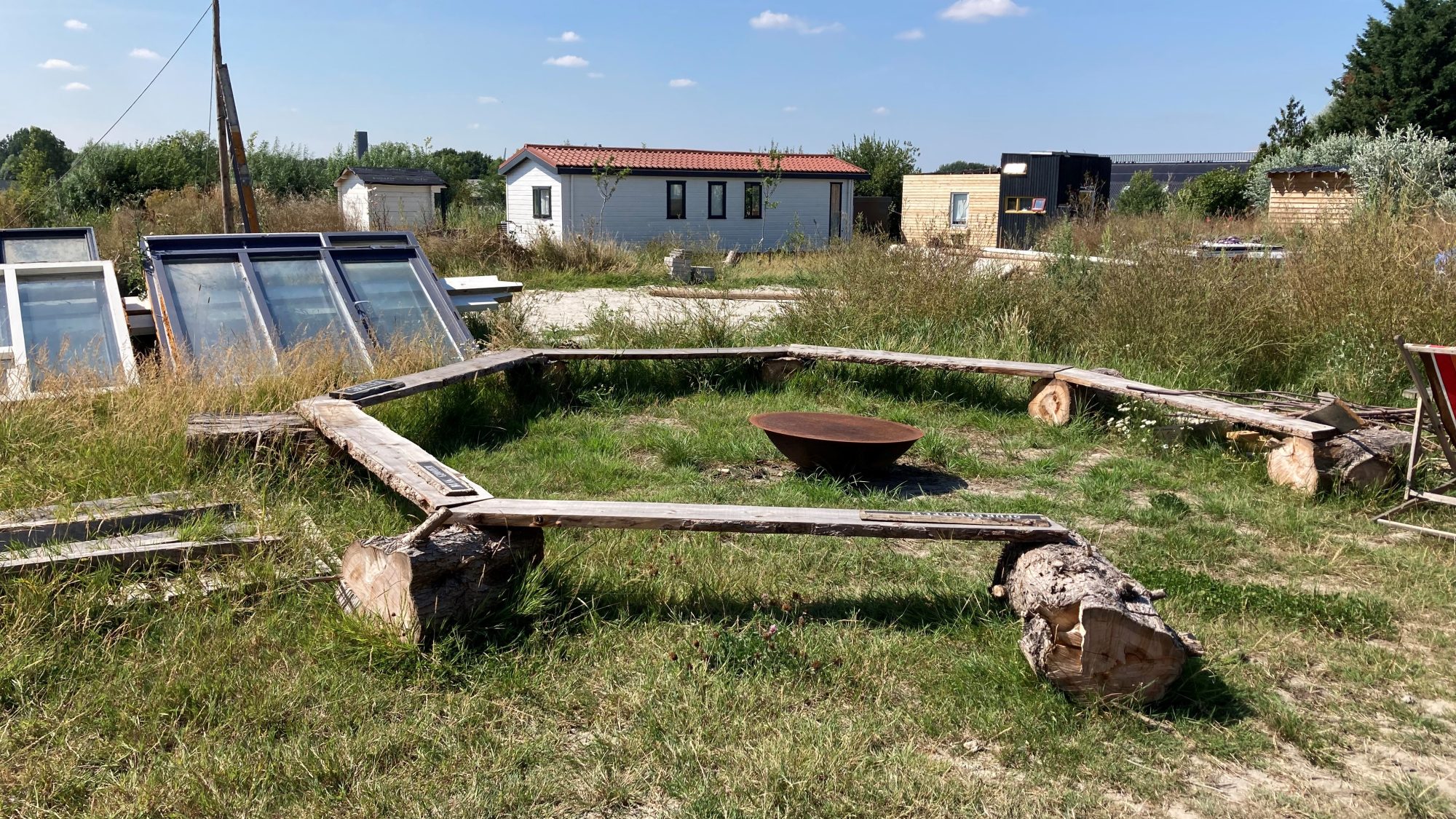 Westpark attracts nature lovers, go-getters and connectors, like bees to honey. With its beautiful large straw-clay building, Tuin in de stad facilitates meetings and communal dinners. The initiators of the food forest were so enthusiastic about the Tiny House project that they moved in there themselves. It will come as no surprise if the residents will soon be home in the self-picking garden and become volunteers in the scouting club. This is how it can be when municipalities give citizens space for such wonderful initiatives. A big thumbs up for Groningen! 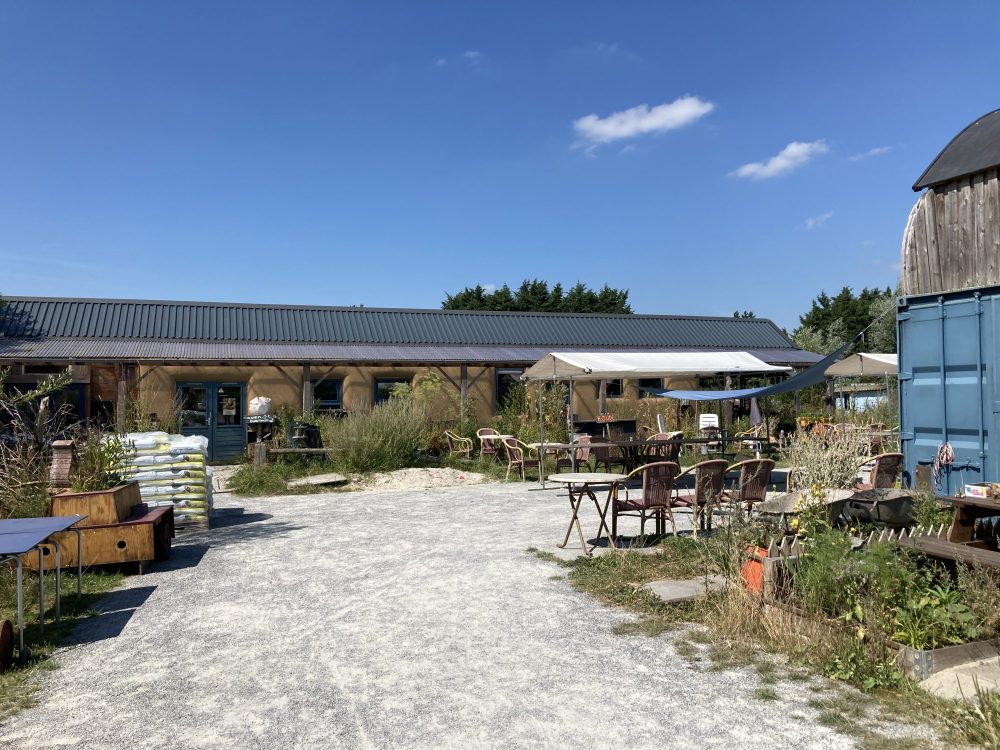 Thank you Ineke and all other residents of Tiny House Westpark and Tuin in de stad, for the hospitality, the delicious lunch and your positivity! We wish you lots of yoy in your beautiful park for many years to come!