As of September the 1st 2019, micro-homes have been added to the Residential and Sustainable Housing Code of Wallonia. This milestone in the European Tiny House or small living movement has been made possible in part by Habitat Léger, a collective that aims to “assert the right for everyone to live in a light habitat”. We spoke to Philippe Hébert of Habitat Léger (HaLé) to find out more about this unique change in law.

Until September 1st, living legally in a Tiny House or other form of micro-living was difficult to realize in Wallonia. There were two options: living “under the radar”, or buying a piece of land for residential use and taking the same route you would when building a normal house. A micro home was not recognized as a real home in the housing law. 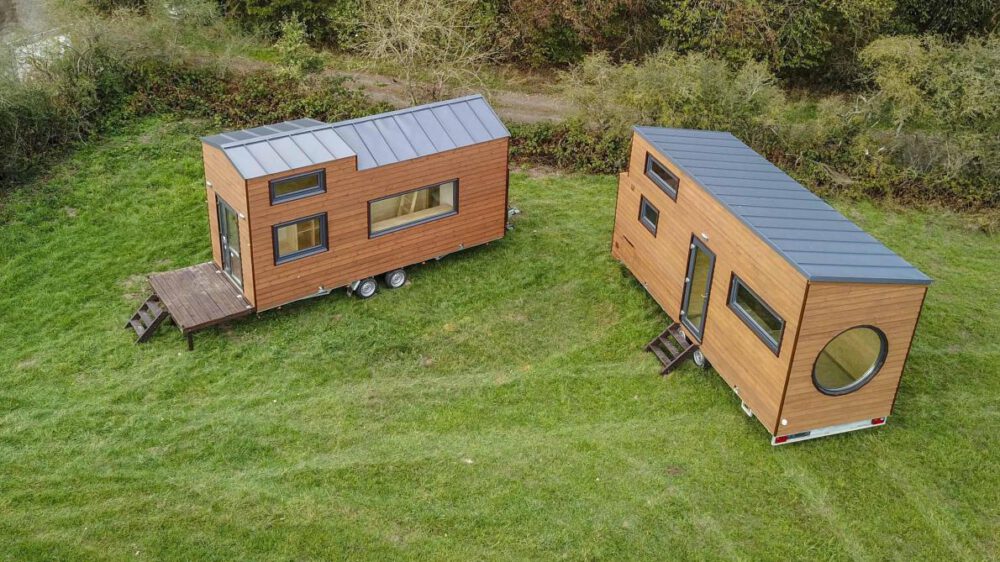 In a decree issued in May 2019 which became applicable on September the 1st 2019, the term micro-home was recognized in law. This does not mean that you can live in a micro home anywhere in Wallonia. And yet, it is a huge step forward for anyone who wants to live with a light footprint on the Earth. An important consequence of the decree is that you no longer have to hire an architect in Wallonia if you want to build a micro-residence. There are several permits required for housing construction: a full permit if you are building an entire house and a light permit for small projects, for example if you just want to renovate a roof or build a shed. This light permit now also applies to micro homes.

To qualify as a micro home, a home must have at least three of these nine characteristics:

The Habitat Léger collective is an important party in the task force that led to the creation of this decree. They have actively lobbied the Walloon government to legalize Tiny Houses and other small, or as they call “light” housing. HaLé is committed to promoting all kinds of alternative housing types and of conscious living. They distinguish their supporters into three main groups. In no particular order, these are:

The amendment applies to all these groups and forms of housing. That was hugely important to HaLé, they regard all three “families” of residents as equally important. It was also the big challenge to get this through to the authorities, but they succeeded.

The task force is not ready yet. One of the challenges they want to tackle next is: how do you guarantee the quality of the homes? In Wallonia, in addition to the housing law, there is also a law that determines the use of land. It uses the term “wholesomeness”. For homes, this means a minimum requirement that must guarantee a healthy home. For example: sufficient living space per resident, sufficient supply of fresh air and light, et cetera.

The task force has set itself the goal of defining new criteria for wholesomeness. Not focused on dimensions, but on qualitative aspects of the homes that must demonstrate that they can be permanently lived in. They expect that the requirements for micro homes for rent will be higher in order to avoid unhealthy living conditions for tenants. The task force has proposed relaxing the requirements for private construction, comparable with our 2012 Dutch Building Decree. It is not yet certain whether this proposal will pass, but the team is optimistic.

It is wonderful to see that the small housing movement is so active in the countries around us as well. Wallonia and HaLé have set a great example: they have shown that a collaboration between the government and an interest group of resident groups can lead to very successful results. Bravo, Habitat Léger!